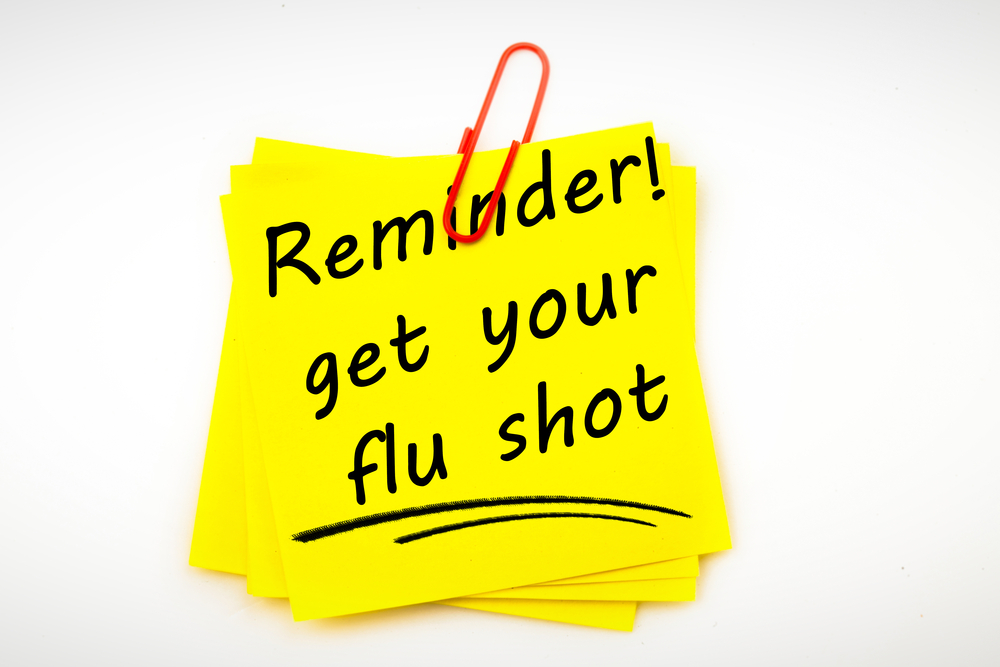 Every year in my office, usually just after Labour Day, the influx of phone calls begins. It’s always the same question -“When are you giving the flu shots?” While it’s easy to grumble about the increase in calls, the reality is that patients who are calling are being pro-active about their health. This is to be lauded as pro-active patients often have the best health outcomes.

This year the phone calls came earlier than ever. There’s a general sense in my practice that more people want the flu shot (a good thing) as patients are concerned about winding up in hospital, and contracting COVID19 while there. The fear of a “double threat” in hospitals is high, and I suspect that more people will get a flu shot this year because of this same fear.

This is also compounded by some erroneous information out there about what the flu is. A lot of people who have a cough, or the sniffles or a low grade fever think they have “a touch of the flu.” That’s not really the case. If you have a cold, you will have a fever, cough, and runny nose, but you will not feel like you’re on death’s doorstep.

If you have the flu, in addition to those three symptoms, you will feel like you got run over by a truck twice. The second time because the flu virus will have wanted to to ensure you really really felt it’s presence. Muscles you never knew existed will hurt for days, and it will be an experience you won’t soon forget.

So a lot of people who are getting a cold are concerned that the flu season is already starting. It’s not.

According to Canada Flu Watch, as of October 4, there is an exceptionally low level of flu activity across Canada. The percentage of positive flu tests is a mere .05%, which is well below normal. The flu is not in Canada (yet). I think most physicians would agree that an emphasis on social distancing, hand washing and mask wearing has had a large roll to play in this. Those three things don’t just reduce the spread of COVID19, they also reduce the spread of other viruses, including the flu.

Usually flu season begins around the first week of November with a few cases, peaks in January, is of concern until the end of March, and occasionally drags on into May (see below).

However, since the flu numbers are so low this year, it is likely that our flu season will be delayed somewhat. It appears that we can wait just a little bit longer to get it this year (but you should get it)!

This year, what would be the best thing to do?

First, just about everybody over the age of six months should get a flu shot to protect themselves and their loved ones. The number of people who truly, truly have adverse reactions to the flu shot is very low. Talk to your doctor if you have concerns.

Second, for people who are in nursing homes and retirement homes, it probably is worthwhile getting the shot the last week of October. These patients are truly truly high risk, and it may take them longer to develop immunity.

Third, for most other people in the community, the first couple or three weeks of November are likely the ideal time to get the flu shot this year. My own office won’t even be having our flu shot clinics until November (my patients will get emailed once we firm up the logistics). This is being done to ensure that we all have a reasonable amount of immunity until the end of the flu season.

So let’s all do our part. Continue to social distance, wear a mask, wash your hands frequently (for 20 seconds) and get a flu shot in November. Together, we can ensure that the the double threat remains a threat, and not a reality.

Disclaimer: The opinion above is not individualized medical advice. It’s meant for the population as a whole. If you have specific questions or concerns, speak to your doctor.

Practicing rural family medicine since 1992. I still have active privileges at the Collingwood Hospital. One Time President of the Ontario Medical Association. View all posts by justanoldcountrydoctor

3 thoughts on “Get Your Flu Shot…..in NOVEMBER”